Duncan was born and raised in Quebec where he attended Champlain Regional College (DEC) and Bishop’s University specializing in Mathematics. He began his teaching career in 1978 teaching mathematics in the Gaspé Coast area of Quebec. After obtaining his teaching diploma from McGill University, Duncan and his family moved to Fort McMurray in Alberta where they lived for seven years. Duncan spent that time teaching math and calculus, finally moving to Victoria in the late 1980s. A short time later he purchased TutorFind and has worked as a Professional Tutor ever since.

A complete and self-contained workbook, designed to help any learner (middle-school, and onward) master all aspects of calculations with fractions. It is full of explanations, and lots of examples on with which to practice. It has already been tested in the classroom with great success. © 2016, By Printorium Bookworks

The discussion of critical points warrants a look at extrema (candidates for maxima and minimum) as well as vertical asymptotes and vertical tangents.

Designed for students with some experience in Calculus, this article depicts the four classical and analytical methods of integration along with the best time to use them, what to look for in the integrand, and calculation tricks to reduce the processing.

This article lists all the cubics, quartics, and quintics whose polynomials are all monic and factorable in the integers and whose derivations are all factorable in the rational numbers. It also describes the reasons for creating them and how the process was accomplished.

When it comes to limits, factoring can be problematic. It is much easier if we know that there exists a common factor with which to reduced the expression to lowest terms. This approach is explored in detail with numerical examples.

The story behind a student’s discovery in the area of factoring trinomials. This method is simple and appealing because it s direct and reduces guess work.

An article designed to answer questions such as why we cannot reduce some fractions any further, why we can “cross-multiply” to get equivalent fractions when adding or subtracting fractions or rational expressions, and why we cannot add or subtract unlike radicals, and more. Believe it or not, it all has to do with the greatest common factor.

The topic is not new nor are the components, but the order of processing is new and very effective. It was originally designed for beginners but has blossomed into a method used by practiced students. Illustrations and examples are provided.

The operations of radicals are all streamlined with the introduction of the greatest common factor. There is only one set of rules for all four operations and the processing is cut in half by simply calculating the gcf.

How to create the Perfect Teacher

1 cup of Frustration, 3 cups of Laughter and Fun,

Last but not Lots & lots of LOVE and Affection!

First open your heart and make sure that it is of the right size to accommodate the pupils of your class. Mix the existing number of pupils amongst themselves carefully,

so that you don’t break them In a separate bowl,stir in love, affection and laughter together in adequate proportion. Set them aside Taking each pupil separately,

evenly distribute your patience and trust, making sure that each one gets an equal share of these two ingredients. (Failure to evenly share them with the pupils may lead to a different recipe altogether!

Using a HUG regularly, portion these two ingredients onto each pupil individually to marinate them. Lastly,take the love and laughter and sprinkle it all over the class of pupils who enjoy your presence.

Apply liberally as there are many of such pupils l with your inspiring speeches till they get motivated enough to do what they do. Each pupil will take his or her cooking time to get motivated.

So be patient and watch them with a careful eye tll they understand you. Then when they da, add the welknown ingredient- high five spices. Let the pupils sit well with your recipe of lesson plan and get the benefit of your lesson.

voilà! YOU became the Perfect Teacher over the years. Loved and Respected by your Pupils! 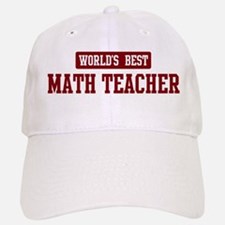